If you’ve come to this article, then clearly you’ve read the homepage of this site and it has come to light that you are what I call a Category B guy – a guy who’s girlfriend finished with him because she felt she just couldn’t quite win him over enough to feel secure and happy about the relationship.

In a way it’s a good thing that you fit into Category B, because it means that the reason for the break up is not lost attraction. Not at all. Your ex-girlfriend is very much still attracted to you…She just felt so insecure about her relationship with you that she decided she needed to reject you before you rejected (and hurt) her.

So you’ve had a good long think and you’re now sure that it’s her who you want to commit your long-term future to…right? You are willing to commit to her long-term at this point, yes? Because that’s what she’s looking for, and if you can’t give it to her, this whole situation will just end in even more tears – probably most of them hers.

If you can’t offer long term commitment then you should stop reading this right now and go pursue new women. BUT if you’ve matured by now and CAN offer the commitment and relationship progress your ex wants, then read on!

How to get her back in this situation

The short version is that you need to give her the love and security that she wanted from you the first time around. There’s no need to become a total niceguy around her, but to get her back and keep her you’ll need to basically convey the truth: that you’re ready to ramp up the seriousness.

Write her an email (or talk face to face if you happen to see her regularly when out and about) basically saying the following:

It’s down to you to think about where the relationship got to, and tell her that you were just about to move things up that step in seriousness when she gave up on you a tiny bit too soon.

After you’ve written that, say that you’re really sorry it never worked out between you, and that you’re sure she’ll find someone amazing. Finish by saying that you will never stop being her friend.

The goal with that email is to make her feel like she gave up on you just when you were about to give her exactly what she wanted. This has to be done in such a way that you’re NOT begging her or even asking her to come back to you – you’re just saying that you guys almost got there but not quite. She’ll come back to you on her own if her feelings for you are still there. Just make sure you don’t ask or try to persuade her to come back – that would be a case of you chasing her and offering what she wanted only now after she’s already gone, and that definitely won’t work.

Write this email over and over again until you feel you’ve worded it just right. It should have a sad tone to it.

Writing is better than a face to face talk for conveying this sort of message because it gives you a chance to say everything you want to say to her with no interruptions. And there’s something powerful about written words that makes them more believable. Spoken words are just sound waves that disappear instantly, but written words have a sense of permanence that can’t be replicated by speaking. That said, if you’re a shitty writer and feel your speaking ability is better, it’s still okay to get this message across face to face.

After you’ve sent that email, or had that conversation, leave her alone for a while and wait for her to reach out to you. There’s no need to play games – you guys are kinda past that stage by now. Let her contact you and see how things go from there. You should be able to work things out on your own from this point.

Sam Romero
Sam is a relationship coach specializing in breakups and getting exes back. He's been through what you're going through, gotten his own ex back, and developed an 'ex'pertize on this topic from helping thousands of other guys to get the one they love back too.

Latest posts by Sam Romero (see all)
Please help me help other guys too: 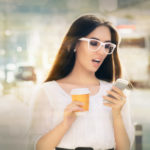 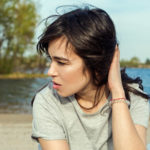 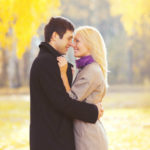 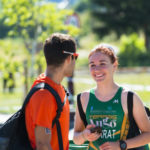 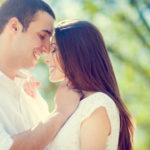 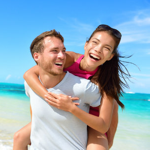 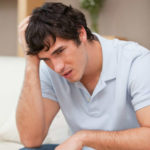